Made with horseradish and mayonnaise, Arby’s Horsey Sauce is spicy and creamy, perfect for sandwiches and burgers, or as a dip for fries. It’s so easy to recreate the immensely popular sauce at home with this simple copycat recipe, and it’s much better than the store-bought packets.

Though Arby’s has expanded its menu over the years, our favorites are still its classic roast beef sandwich served with spicy and delicious horsey sauce.

What is Arby’s Horsey Sauce?

As the name suggests, this sauce’s main ingredient is horseradish. This root vegetable is similar in taste to wasabi. Horsey sauce blends horseradish and mayonnaise into a creamy, zesty concoction that adds a spicy kick to sandwiches and burgers. Most popularly, Horsey Sauce is paired with roast beef sandwiches for an out-of-this-world flavor combo.

3. Cover the bowl with plastic wrap and store it in the refrigerator for 1 hour to let the flavor develop.

If you’ve ever tasted horseradish, you’ll know how distinctive its flavor is. Horsey sauce is a creamy sauce with a sharp horseradish taste. The sauce is hot, spicy, and zesty with a slightly sweet aftertaste. If you’ve ever had wasabi (the spicy green paste often served with sushi), you should have a good idea of what Horsey Sauce tastes like.

Ways to Use Arby’s Horsey Sauce

This versatile condiment can be used in a variety of ways. Fans of the zesty sauce are known to use it in sandwiches, as a dip for fries and vegetables, or as a filling for deviled eggs. The most popular use of horsey sauce is with roast beef, prime rib, or steak sandwiches. The spicy sauce is an excellent pairing for red meat. You can be as creative as you wish with this yummy sauce. Some even use it as a substitute for spicy mayo on sushi platters, given its similarity to wasabi. Go ahead and add some Horsey Sauce whenever you need a spicy kick to your meal.

Can you buy Arby’s Horsey Sauce in a Bottle?

Given the popularity of this sauce, it’s no surprise that Arby’s started selling it in larger servings. The famous condiment was made available in 11.5oz squeeze bottles in limited quantities in 2013. It seems they are no longer in production and there is no word on whether Arby’s will do this again.

This homemade sauce may be stored in the fridge for up to 3 days. Be sure to store it in an airtight container to help in maintaining freshness.

Are Arby’s Horsey Sauce and Horseradish Sauce the Same Thing?

I hope you like this recipe. If you try it, please comment below and let me know how your Arby’s Horsey Sauce turns out! 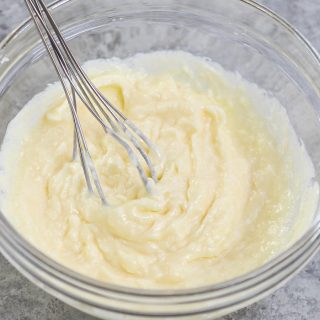 Made with horseradish and mayonnaise, Arby’s Horsey Sauce is spicy and creamy, perfect for sandwiches and burgers, or as a dip for fries. It’s so easy to recreate the immensely popular sauce at home with this simple copycat recipe, and it’s much better than the store-bought packets.
Print Pin Rate
Prep Time: 3 minutes
Total Time: 3 minutes
Servings: 5
Author: Izzy
Calories: 58kcal