Southern-style Livermush is a surprisingly delicious addition to a hearty breakfast or brunch. Especially popular in North Carolina, this pork-based liver pudding is similar to the sausage patty, but with a smoother texture and a slightly spicy, earthy flavor.

Though you can pick up a block of livermush at many grocery stores, nothing beats the homemade version. If you’re in an area where it’s inaccessible, you’ll be glad to know that you’re just one simple recipe away from your very own homemade livermush.

Livermush is often found on a Sunday breakfast plate in the South. It’s sometimes called the poor man’s pâté, due to the similarities in taste and texture. Livermush is made using a puree of pig’s liver (and sometimes other parts), combined with cornmeal and a wide array of seasonings. The result is a rich, smooth and flavorful meat spread that’s delicious alongside your classic breakfast platter. Quite often, livermush is made using leftover pork and trimmings, making it a deliciously economic alternative to other breakfast meats.

Is Livermush the Same as Pâté?

Livermush is sometimes called the poor man’s pâté because they’re quite similar in texture and can be used in similar ways. Pâté is usually made using venison, chicken or duck liver, making it significantly pricier than a good old-fashioned livermush.

The main ingredient for this recipe is pork liver. For a richer, more flavorful end result, we’ll also be including pork shoulder. When it comes to livermush, the seasonings are just as important as the pork. For a classic taste, some salt, black pepper and sage should do the trick. Feel free to add in your own seasonings and spices for customized flavor. Here are the key ingredients:

How to Make Homemade Livermush

Homemade livermush couldn’t be easier to make. Before you begin, be sure to trim the liver, taking care to remove the membrane.

Where to Find Livermush Near Me?

Store-bought livermush can be found at the grocery store or online. Popular brands like Neese’s, Jenkins and Hunter can be found at Walmart (in-store and online) or on their respective company websites. 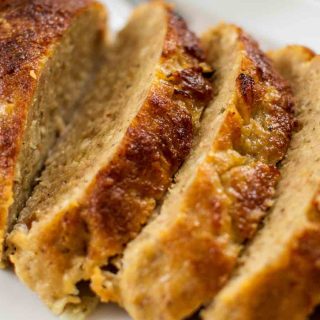