Homemade Vegan Flour Tortillas are so soft and fluffy – a delicious and healthy alternative to traditional Mexican tortillas. This easy recipe is made with only 5 simple ingredients, and can be done completely by hand. They’re healthier and taste so much better than the packaged stuff.

Summer is around the corner, and I’m making lots of meals using wraps and tortillas. They are a great base to many Mexican dishes including tacos, burritos, nachos, enchiladas and tostadas.

I’ve tried many flour tortilla recipes, and this is the easiest one with the best result!

The secret to the super soft texture is to use hot water (not boiling). The first time I made them I couldn’t believe how soft and tasty these vegan tortillas are, and it’s made without lard or butter!

How to Make Vegan Tortillas from Scratch

This recipe calls for 5 simple ingredients: all-purpose flour, salt, baking powder, vegetable oil, and hot water. You can whisk everything in a bowl by hand if you don’t have a mixer.

Make the dough: Start by combining flour, salt, baking powder, and oil and mix well. Then pour in hot water and knead it into a soft dough.

Divide the dough: Cut the dough into 16 equal portions and roll each into a small ball. Let them rest for 15 minutes, and roll each one out into thin disks.

Cook the tortillas: Cook the thin disks in a hot iron skillet one by one. Cook for about 30-60 seconds and you’ll see bubbles forming on the surface, flip it and cook the other side. It takes about 1-2 minutes to cook each tortilla.

Traditional flour tortilla recipe uses lard, and the vegan tortillas use vegetable oil. I have tested different types of fat, and find no significant difference in terms of texture or taste. So I highly recommend making this vegan version as it’s so much healthier.

Do I Have to Use Baking Powder to Make Flour Tortillas?

No, you don’t have to. Some flour tortilla recipes call for baking powder, and some don’t. It’s a leavening agent that makes your tortillas puffy with air bubbles.

I usually use it as it produces tortillas with a better texture, but if you don’t have any on hand, you can still make flour tortillas without baking powder.

Ways to Use Flour Tortillas

You can use them to accompany many Mexican dishes such as burritos and tacos. Add some vegan fillings such as spinach for a completely vegetarian or vegan meal. You can also make them into Tortilla Chips, or use them as wraps or in tortilla soup.

How Long Do Homemade Tortillas Last?

It’s best to eat these vegan tortillas the same day. They can be left at room temperature for about 12 hours, and you’ll need to store them in an airtight container or ziptop bag in the refrigerator and they can last for 4-5 days. Alternatively, wrap them in foil, place in a ziptop bag, and they can last up to 6 months in the freezer. 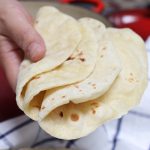 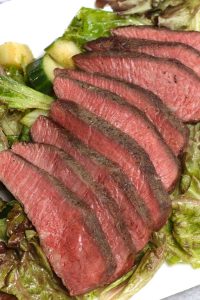 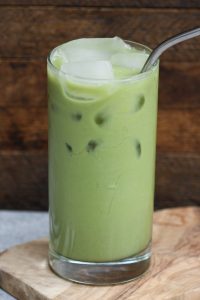 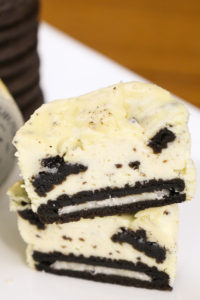 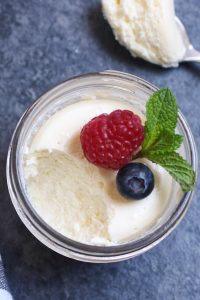 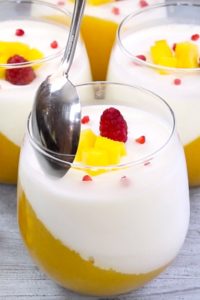 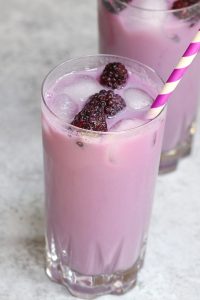